I awoke to sunlight burning through my curtains and the sound of birds chirping. Spring had sprung and the first game of the season was upon us. i fired up my phone and took a cursory glance at face book. I was amazed to see hundreds of posts all saying the same thing - in Solihull it was "oh dear chaps there has been heavy precipitation,its a sign the bowling season has started" and in west brom it was "bloody raining ow yam gonna be able to chuck without getting me perm wet" whilst in coventry it wasn't remarked on, as working there i can attest to the fact there is a gray hazey rain all day every day hanging over the drab place. 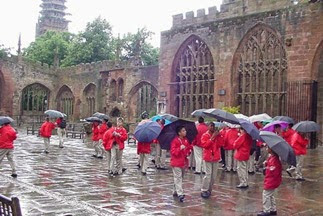 After wondering for a short time why all these people were up at an ungodly hour i decided to ignore them and get sorted for the Oltons return to Div 4. Our previous efforts haven't gone that well and the last time i played in four for the Olton was a pretty miserable experience some 20 years ago. Whatever happens this year i guarantee it wont be miserable or boring and if i have to take my clothes off to manage to keep that from happening then that's exactly what i will do.
This year i am attempting to be completely colour coordinated after my more hap hazard colourful attempts last year were somewhat ridiculed by the Trinny and Susannah's of the Olton. Today was an all neon lime green affair, top, tracksuit bottoms, socks, trainers, boxers and phone case - boy was i a sight to behold and if it got dark i could be used as fluorescent lighting.
The game started with Larry Goodridge against Martin Fowles. Larry started strongly but never really found a higher gear and was eventually pegged back by the always impressive Mr Fowles losing 19.
Jack was another in the first four to get bogged down in a marathon game of tit for tat and just falling short losing to 18 against Dave Flowers. Jack is under pressure now with his old man out for his place and also not having won a game while dating his current partner.
Dave Hosgood was bowling well and the cry of "Hosgood-is good" was ringing around the green. As the game progressed it was more "Hosgood-was good" until he took control at the end of the game to win 13.
I rounded out the first four winning to 3 and this left us 21 up after 4.
Steve Myatt was up at 5 and continued the trend for games of 30 plus ends, falling to a steady drip of ones and losing to 18.
Richie started a run of 7 straight winners with a solid performance winning to 13
The Olton Tavern boyband was on at number 7. John Price, or should i say Harry Styles, has earned this moniker as yesterday he showed he could only bowl in One Direction - Boom Boom!!! Please don't do a Zayn Harry, otherwise you wont be able to bowl in any direction. After a bright start Harry was pegged back but with things looking rocky for the pop prince, Harry played up and it was another hit for Harrythat let him finish the game off winning to 15. 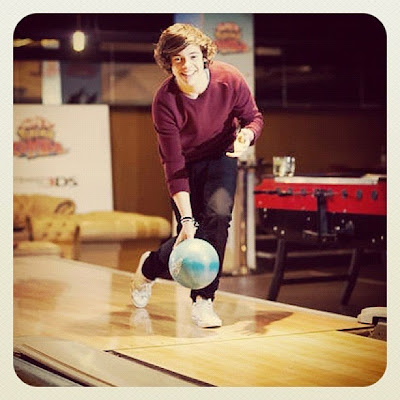 Ian Jackson,making his OTBC debut, fitted in perfectly.  He marked two winning cards, provided hours of fun for all with Yorkshire stereotypes and bowled his new green very well winning to 13. 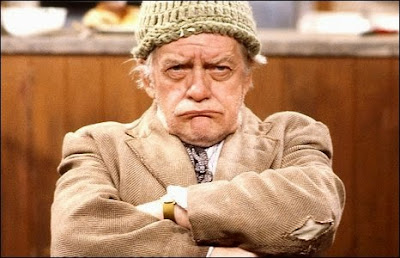 The middle four took us up to 40 up and not even the giant ego of Wiggy and the explosive temper of killer Greenhill could cock this up now.
Wiggly was on nine and took his natural position of second in the sweep with a solid performance winning 11. During the off season I approached the Moseley with a swap deal of wiggy for a box of grass cuttings. I was told unless i took all the grass cuttings for the season away, painted the clubhouse and threw in a bag a scratchings for every registered player it was no dice. Sorry Boys,  I tried. Next week i will tell you how i tried to sell Wiggly to a travelling circus.
Killer was in a bolshy mood, defending himself in the pub from our constant merciless abuse but we knew he was only playing as he only gets serious when he unsheathes his dirk and waves it at you. Chris was another to not really hit top gear but came away with a decent win to 16 over the experienced beer reviewer Steve Price.
Chris James wasn't happy with his performance but class is always class and despite dropping a couple of late doubles still won to 15.
At ten across things were looking a little dicey for Scotty but he dug deep to find his preseason form and was yet another winner in the 13 club.
So a win by 69 against an experienced division 4 side was a brilliant start. This time last year, while confident in our strength we had struggled home a little against the forget me not. Whilst everyone was a little rusty, 18 as your lowest card is a great effort so early in the season. Hopefully as the midweek games eventually start piling up we can go through the gears. Thanks to Hall green for playing their part in such a fun and pleasant opener to the season and look forward to seeing you next week.

The Alliance side took a trip to the Bradford and while they fell short by 30 it was an improvement on last years result and is a bright start with several players still to come into the reckoning.
This year will see a new feature for the Olton Blog as we follow Captain craggers and his adventures in the Summit league and potentially some words spelled correctly.
Posted by Scotty at 4/12/2015 07:33:00 pm