The Birth of Cool

From the grey wasteland that is Coventry via god’s green and pleasant Birmingham to the barren badlands of Sandwell. Throughout this hellish trip I put the iPod on and my spirts were lifted by this one simple thought. Not only am I a stylistic trend setter, a guru off greatness and a sex symbol to all the boys and girls in bowls land, my music taste is miles cooler than yours. It was a shame others weren’t in on the journey to hear what came out of the shuffle facility. From Nick Cave to U2 (back when they were good) through Sinatra and Scott Walker then a detour via Roxy music, Bowie, Philip Glass and Leonard Cohen before finishing to the pulsating beats of LCD Soundsystem. I am not sure if Ada was impressed with the impromptu disco driving in to the green but he certainly didn’t fancy a boogie when I asked him, maybe he would be more receptive to hot chip or maybe Franz Schubert’s Valses Nobles would encourage him to get his dancing shoes on? I know it leaves my foot a tapping. 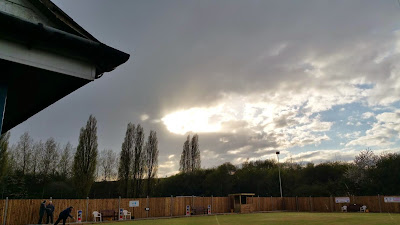 There is an old wives tale in the black country about the weather. Apparently its similar to the one that goes on about if cows are sitting or standing in a field meaning it’s about to rain or not. The saying goes "the position of Lyndon’s beard can help you forecast the weather". I have no clue if this holds true but the fact he had it wrapped four times round his neck like a scarf pretty much confirmed that it was bloody freezing. A further clue was that my opponent Paul Patrick was dressed like Han Solo in his Hoth gear. As I jumped out the car in my t shirt, braving the arctic conditions, Paul shot over full of concern giving me a leaflet on how to treat frostbite. He just stopped short of killing a nearby Wompa, gutting it and stuffing me inside, but only because we had been called to the green. 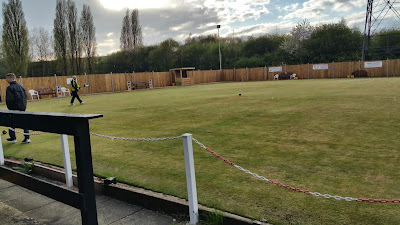 Paul took two of his coats off as I explained I can’t bowl in anything that restricts my arms. Paul was the first of 22 people that evening to explain I can’t bowl with things not restricting my arms either. Even the fella who served me at the petrol station made that joke. 3 coats Patrick bowled very well and I can have no complaints at only getting a snappy 10.

Carl Hazlehurst got a very creditable 16 against the always impressive Craig Dugdale.

Stuart got 14 against MVP Phil Wain in what was described as a game of high quality. I asked the same people to rate my game compared to Stuart's, and they suggested Stuarts game was like watching HD TV whereas mine was like watching a reconditioned black and white Goldline through a dirty Radio Rentals window. Last week I said this was a nice bunch - scratch that they are meanies.

The beard rounded out the first four Losing 17 to Bob Jones. Lyndon argued that as the beard is now a separate entity that sends the bowls and is merely transported by him that the loss should go against the beards averages. Nick though hadn’t registered the beard in time so the loss goes against Lyndon. I am not sure what the rule is on Symbiotic beard man relationships but now they have relaxed the scoreboard rule (several years too late to save Scotty walking around the Kings Norton waving his scoreboard above his head) we should get away with it.


Despite keeping an impression of a warm readybrek like glow around me the freezing wind had caused my nether regions to crawl inside me for warmth and the frostbite in my fingers ironically prevented me from opening the damn leaflet. 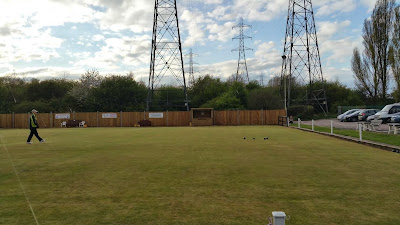 John Newey started well against Ian Bown but couldn’t hold the block long enough and feeling sorry for my low score decided to be polite and match it.

Meanwhile Chris Marshman had the same idea feeling that he had to make the new boy feel better about his average performance, calling it a day as he hit double figures against Adam Patrick.

Nick Wyer continued his perfect start to the season with a county like MVP performance beating Jordan Patrick to 17.

Nick Howells managed to scrape the frost from his glasses before bowling very well to frustrate Ben Harris on his way to a 15 loss.

Not a great result really but on a hard away green that had to be gritted just before kick at least we avoided any slips, falls, broken bones and killer snowmen. 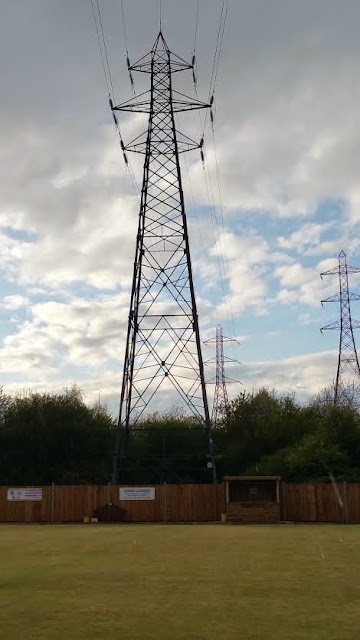