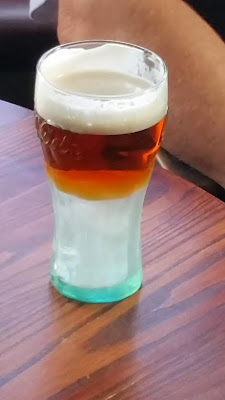 The Wednesday average league began with a visit from the noobs at
Woodbourne. We sat chewing the cud about the weather, the state of
Loweys liver and whether Pitt the elder was a better prime minister
than Lord Palmerston when suddenly a jack and then another followed by a
wood went flying across the green. What fresh lunacy was this we
thought? A roll up on a Wednesday! I wondered across and calmly
informed the lovely peeps at Woodbourne that such a thing wasn't
allowed in this league. They very politely apologised and left the
green under a volley of abuse from our resident wind up merchant Dave
Hosgood. 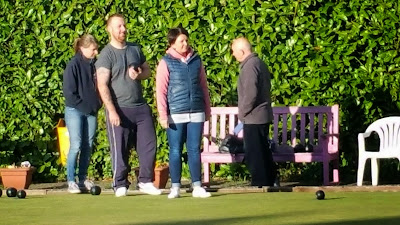 Alan savage was first to the green and his old bones were feeling the
chill. The slightly younger Faye Montgomery dealt with the windchill
well bowling superbly to have Alan of to 7. 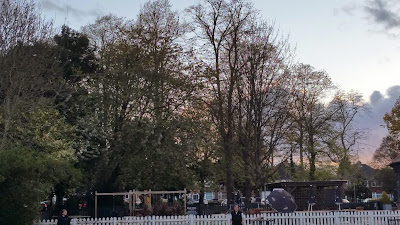 Captain Scotty, who has defied the bookies by surviving into his second
game, was successful against Rob Dreher winning to 15.

John Price came from behind to beat Jim Orr 15 to round out the first
half and securing a lead of 8. 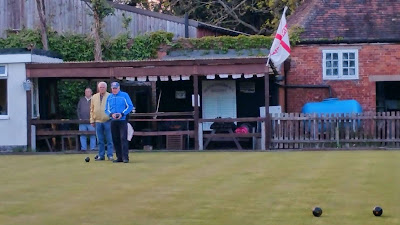 Dave Hosgood was very impressive in his win over Tony Toal to 10.

Henry Dingley played out an epic with John Bishop. Henry didn't find
the Liverpudlian comics punchline funny though as he lost to 19.

Rocky celebrated his birthday in fine style bringing us home winning
to 16 and securing us a 24 shot win.

Captain Scott must be delighted or it could have just been wind. 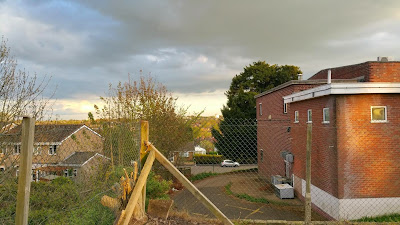 Thursdays are always chaos at the Olton. Throw in cup day and its a
double delight of lunacy - all i can tell you is the A team won and the
B team didn't. The B teams away leg was a tight affair considering
how good the RABL 4 were. Yours truly being the 1 winner and Scotty
getting 19 against Gary marsh. CJ and Pete fought hard but to no avail
as we lost at home by a bucketful.i took some nice pics though. 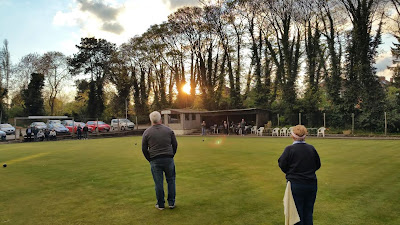 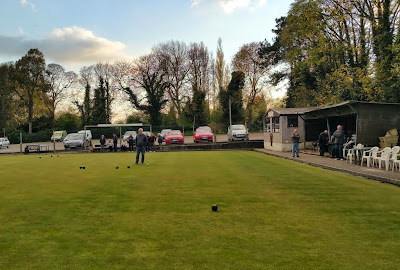