Phil Silvers and Peter Butterworth are rolling in their graves

I hadn't been to the White Hart in what must be 20 years, and to be honest I can't remember anything about it other than it's in Redditch, which is never a good start.

The only other thing people remember the White Hart for is that back in the pre- sat nav days it used to take even the most practised of travellers two days to find the place. Indeed, on our last expedition there Ranulph Fiennes got so desperate he started chewing on the late Alf Powell’s leg while snuggling into Neil Drayton for some warmth. Amazingly, this years trip took us about 25 minutes and that included finding on street car parking. Wiggly had no such qualms and just left his motor on someone’s drive and waved at them through the window. Wiggy is a villa fan though so they probably saw he had six toes and thought they were related. 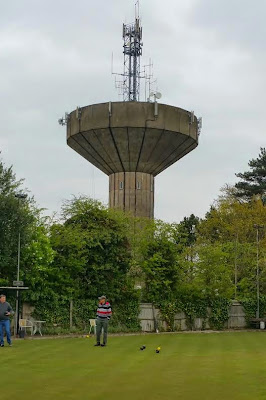 I drew Number 1 this week safe in the knowledge I would get shoeless fella Stuart Rice. It has to be ten years now he hasn't had footwear but there is a shoe bin on the carpark for god sake. I think it is a disgrace how in this 'year of someone’s lord' 2015 people cannot afford to be shod in an appropriate manor. I believe the WWCBA should act now and introduce a levy of 50p per player to buy the less fortunate new shoes.

Anyway after a nip and tuck game I let a run of twos put Stuart in the driving seat and I never really recovered. A decent card of 16 but a disappointing performance.

The Wiggster took the number 2 slot and showed true grit to carve out a solid 14 from what was looking like a single figure card.


The idea behind taking the Wiggly one to join the French Foreign Legion was to help him forget the pain caused by us not loving him and simultaneously allow us to forget him. My plan was to make sure he was settled then use back channels to secure my exit. This is a long and terrible tale, but please note any resemblance to carry on follow that camel is purely coincidental. I have just watched that and bloody hell! the only thing worth remembering was Sally Douglas and her heaving bosom as she played harem girl number 3. 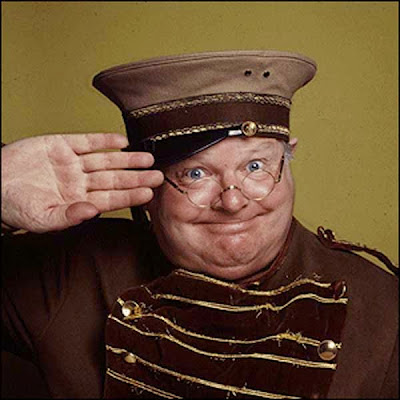 We were greeted at Fort Cameo by the Camp Commandant, who was certainly a “CAMP” commandant. All seemed well as we were put through our paces doing the usual training routine of using a bayonet to stab sand bags, except i deliberately missed the sandbags and started bayonetting (that’s not an euphemism) Wigs wherever and whenever I could. The Other training we were subjected to was walking the desert with no water. Well, I had water but I wasn’t letting Wig know. It was hellish, the sun was burning down cracking his chapped lips and searing the flesh on his face. You cannot imagine the discomfort I was in watching as every few yards Wiggy would see a mirage of an oasis but when wiggy would arrive there all he would get is a mouthful sand. It was so disturbing I had to look away while enjoying my ice tea. It was after basic training that it became apparent the camp commandant had taken a shine to Bo Wigglet's less than pert buttocks. It was a coincidence too far for the commandant as he had joined the legion to forget a French man who played boules badly but was very lucky and went by the name of Le Wigglet (with an accent on the e). In a desperate bid to rid himself of this reminder of a lost love he sent the Wiggly one on a suicide mission and then sent me to keep him out of trouble. This was a tough mission that made the pacification of Algeria look like an episode of Don’t get Done get Dom. The local sheikh had been breeding a new killer elephant in order to storm Fort Cameo and crush the legion infidels. It was our mission to sneak into the camp dressed as mice and steal all the peanuts the sheikh was feeding the mutant Elephants on. Wiggy got confused and dressed as a peanut - I told him to stay back but he foolishly ran into the tent marked "danger killer elephants!!! No peanuts!!” I managed to squeak in just behind him, sending the elephants stampeding off into the sunset. Alas I was too late as one elephant had bitten off Bo Wigglets right arm. 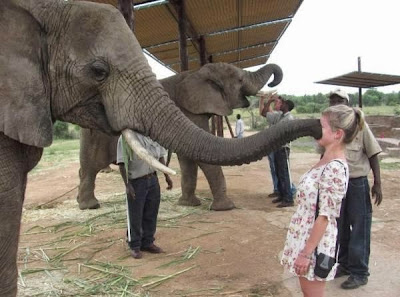 I carried both Wiggle and the detached arm back to camp. The commandant broke down in tears guilty he had put his lover’s doppelganger in harm’s way and with immediate effect gave us dishonourable discharges back into the custody of the Olton Tavern. Once back in the country I took our wig to the hospital and they managed to reattach the arm. I asked the Doctor if Wiggles would be able to bowl after the operation. “Of course he will” declared the very chipper doctor. “That’s great news Doc, He couldn’t before”


And with a line as corny as that we are brought full circle. Wiggys adventure in the sun a distant mirage and another avenue of retribution for us poor souls shut forever


Back to the action, where Dave Hosgood's oppo was bowling some great stuff but Dave dug deep doggedly for some vital shots finishing with 10.

Larry though must have Australian blood as he was right at home in convict land, showing a light fingered touch to steal a win to 8.

After 4 that left us 10 down which is not a position we have been in that often recently. I was confident, however, that at least 3 of the danger men were now out of the way. 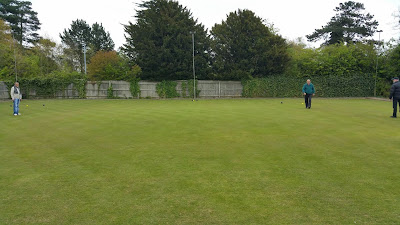 Steve Myatt held his nerve during a spirited come back to put our second winner on the board and swing the momentum our way. 21-16

From Seven across Richie turned it on winning to 8.

JP was awesome and was smiling nearly all the way through the game. A late fightback in the corners tested Johns resolve and the last end was notable as the whole of the White Hart minus Stuart were calling John down, while Richie and I were all in on Pricey counting. Hearing Ritchie wager a grand on him being on, Pricey decided to attack and played his second up short. Measures were called, John was on and won 14. Richie never got paid his grand but he did win 2 quid on the sweep as joint second

Dave Follows, despite not being happy with his leads bowled a very steady game, keeping things tight with a loss to 16.

The second four had propelled us back into the reckoning taking a 10 shot lead into the back four.

Jack doesn’t agree but I am right - this was the best game I had seen him bowl away from home. That being said it was not without its wrinkles. At 17-4 up Jack was excellent, but his opponent had done nothing wrong and was still dangerous. As she mounted her comeback, Jack got a little wobbly and struck himself off to give an easy two away. Jack settled down though to nip back in and close the game out to 14. Jack, look at the state of the game. We were ten up and you had your shots on the board early. Yes we all want to win and win big but relax, she was bowling well on her green the comeback can happen. 17 up at that stage was already nearly what we needed and any win in that position is a bonus do not stress because you didn’t put the card in that finished the game. Good game though away bowler.

Chris Greenhill has really taken to life in the back four, scrapping away for shots and never giving in. This was apparent again though as he fought from well down to finish with 17. He needed a little “Super Brat” style histrionics to get there though, arguing with a guy in a chair and a blazer that he had definitely seen chalk dust!. With his McEnroe stylings not completely working Chris punched the fence. Thankfully his punches were as powerful as those thrown in the super hug that was on PPV later that evening. I was going to say he hits like a girl but didn’t fancy finding out how hard our female readers can actually hit.

Chris James has had a rough start to the season with one thing and another but his class has never been in doubt. With Chris down, Jack starting to wobble and Scotty at this point not really bothering the scorers we were in need of a Jaymo performance. Well we got one all right, a picture perfect game winning to four and settling some the nerves of some of our less confident team members.

Scotty had begun to walk slowly between the ends at 12-1 down and at 18-3 was examining and cataloguing every blade of grass he trod on, hoping to be told how many he needed before it was too late to get any. With Just Jack off we were 17 up Chris struggling and Jaymo still on anything could happen. Ken as he had all game bowled a classy lead which Scotty had beaten. Kens second had invariably nestled on the block all through the claim, but this one looked a bit big and so it proved as Scotty duly put in a second claiming 2 within 8 inches of the block and the crowd went wild....... Jaymo had just won to 4 and putting the game out of reach and Scott's fine shots into irrelevance. Scott’s game had been of high quality as Ken and his tiny blue woods had put on a masterclass up until that point, but now it was Scotties turn to entertain the crowd playing and naming a series of outrageous shots that earned him a very stylish 18 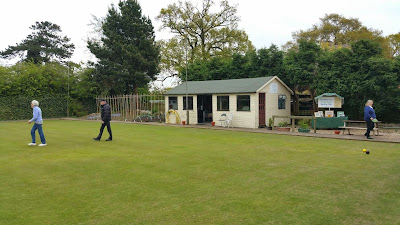 So a win by 27. I know not all the team thought we would win at this game but I knew we would and I told them so. I know where we can win and by how many and know what scores are acceptable. This is a good side and with Ian Jackson missing, Savo in the wings and Dodge hopefully to make a comeback shortly we have a strong squad. We work well as a team and we shouldn’t look past how well we can do if we all keep putting the effort in and improving our games.

During the tea I felt the need to try to put Killer off as with his normal appetite he may well have finished of the scram before the away team had gotten a sniff. I somehow succeeded without it costing me an arm, but I am told he moaned whinged and started getting the shakes on the way home. Crying and whimpering as wiggy passed each takeaway.

Thankfully when we got back to the Olton the new gaffer had put on a brucie bonus and there was tea and coffee left with plenty of gateaux and cakes. Despite ladies being present Killer went full on beast mode burying his face in the chocolate gateaux while grabbing greedily at a nearby Eccles cake. 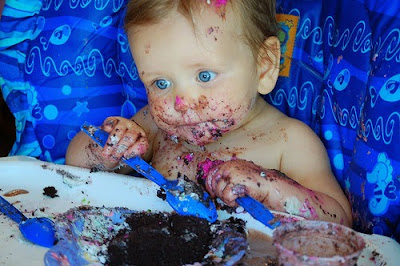 Eventually he was sated and unbuttoned his trousers in order to sit down. That’s when it slipped out “ooooh Betty, I dropped a little cake on the carpet” Chris Greenhill is Frank Spencer!! Images of him going home on roller-skates attached to the back of the 957 filled everyone’s minds. 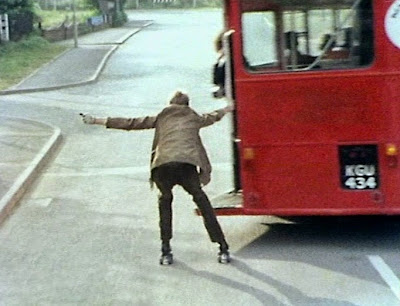 Oh, and the Alliance won at home - well done peeps 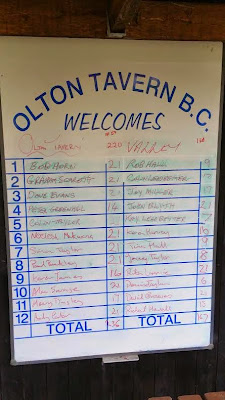