Revisiting the scene of a crime

The Pheasant is a majorly hard green and not one we play more than once a year, and with the side they put out they are a major challenge for anyone as was proved by their win over Boldmere by 40plus just a few weeks back. We go everywhere wanting to win, but using election jargon this wasn’t a target seat for us and despite a very strong effort Warley was a hold for the Pheasant but did see a 4 % swing in favour of the Olton from last year’s showing. There were a couple of mistakes in the polling that cancel each other out but unlike George Galloway we will not be appealing to all sorts of courts to overturn the result and have us declared supreme champions of bowls. 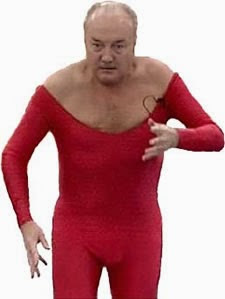 First off for the Olton was young left hander Jack Savage. His development away from home had been impressive this year, however he hadn’t played anyone who knows his green as well as Alan Hemming yet. Alan used the green well finding a very hard swinging mark that Jack just could not get the line for. With no obvious or maybe even possible turnover Jack was left with little option than to keep attacking. Jack tried manfully but Alan had too much on the day beating Jack to 6. It’s a big learning curve for Jack, as is watch with mother, but he is taking it all in his stride and growing as a bowler because of it.

Wiggy battled away but never looked comfortable with the pace off the green in his loss to 11 and is going through something of a slump at the moment. I watched Bull Durham recently for tips to how to get a young star out of a slump, or was I just watching because Susan Sarandon’s in the film. Either way that led me to suggest wearing women’s underwear and breathing through his eyelids - I am not sure wiggy approved.

This week has been a challenging one for me as without any religious leanings I have had to try and pass myself of as the voice for silent Franciscan monk Wiggli of Assisi. I thought if I could infiltrate the order and implant wiggly as a famous cleric and scholar who you aren’t allowed to speak to, I could just tape his gob shut (getting that much tape was a job in itself) and dump him in the monastery in Dubrovnik and no one would ever find him. Even dressed head to foot in sack cloth, hooded and his mouth gagged Wiggy can’t help but offend people. All was going well, we met with the head monks, and we mixed at lunch as I politely declined water and bread for Wigg and got through the first night well. The bed was a bit hard and bumpy but wiggly didn’t complain (or I couldn’t hear him complain as I chained him up in the corner of the room). The next morning I untied him, let him use the bucket in the corner and then we headed down for breakfast. That is where they saw it. Wiggy just couldn’t resist and while my back was turned during his bucket break out came the pink nail polish and his toes were duly prettified. They were apoplectic and for insulting the order by bringing such a creature before them I was demoted to nun in the Poor Clare’s where mother angelica is to whip me for 4 straight days. I wanted a fifth night but unfortunately we are short on a Thursday so I have to play. Poor Wiggy though wasn’t as fortunate he was scrubbed with brillo pads before being dragged through the great cactus fields of the croatian Adriatic coastline by six diarrhoea ridden pigs that were being force fed prunes. This though was a walk in the park, considering his poor teammates had to face up to the fact they have been let down once again and Wiggy will still be in the side this Saturday. 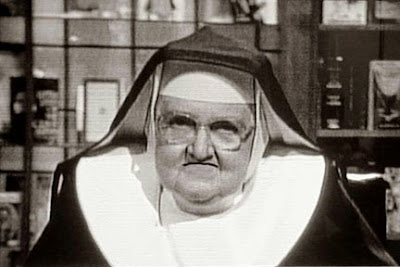 Larry was rock solid throughout his encounter holding off a spirited comeback from Rob Thacker to win to 19.

I was playing out an epic game in terms of length if not quality with Jeff Hildreth and won to 19, or it could have been twenty as there is some debate as to whether Jeff Managed a two during the game or not. The more I think about it the more convinced I am he did get a two, but with both cards saying no it was left as 19 and by happy coincidence cancels out a latter mistake in the match. It would appear nobody actually watched the games and people just guessed the scores.

After 4 we were 21 down but had some good cards in position.

Steve Myatt played Mac Saunders in a battle of two of the nicest men you can find playing the game. Steve continued his fine away form this season with yet another win 21-18.
Richie for the third game against the Pheasant running drew Eddie Lowe. The previous games had been tight but Richie stormed off into a big lead before being pegged back. Richie though pulled out some magical woods to get back into the game and win to 19.

John Price crossed swords With Wendy Hemming, and every time John Looked like he would get away Wendy would find a bowl and go on a little run. JP though kept up the pressure and won to 21-14.

JP provided the Chuckles with a cob each today and I can confirm John truly is King of the Cob. Not a fake king like King of the Ring, or Burger king, or Don Ammott king of Caravans but really the tip top of the scale no one makes a cob like John. Scotty ran the green for 6 ends and had just about finished it, mine was like the Cliff-hanger on old TV series Rocket Man which to my utter shock have just found out was written by Lenny Bruce. I took a bite and then another I was seemingly 2 bites from the end of the cob, I put it down to do a measure and when I picked it up it was full again and this time had gherkins on it.

Dave Follows was last of the second four and unfortunately for Dave who hadn’t seen the green for 40 years he got drawn against the very impressive Tony Abbey. Dave scrambled for four shots but certainly didn’t bowl badly. To add insult to injury I signed the card with Dave getting 3 and that wasn’t to offset the one I felt I owed Jeff, I just didn’t look.

So after 8 we were 26/7 down with 5 winners with all four on the green and bowling well it wasn’t outside the realms of possibility we would scrape 9 winners and lose and one good card could springboard us to an unlikely victory.

First off Was the Killer. The fence at the bottom by the boxing club has seen better days and in truth was in a state of collapse before Chris arrived. Word gets around the fence world whenever a serial slat abuser has been identified and this was no different. Every time Chris walked past the fence bowed, buckled and creaked in despair shying away from his glance in case his very existence fired the wrath of the Panel bashing beast. Chris launched into an 11-0 lead leaving Neil Essex feeling like Wayne Rooney had handed in a transfer request. Neil Though struck a blow for Fences of all descriptions everywhere battling back against the evil oppressor of inanimate wooden partitions. Killer though got his opportunity to dance around like a crazed loon when a toucher got him home 21-18. 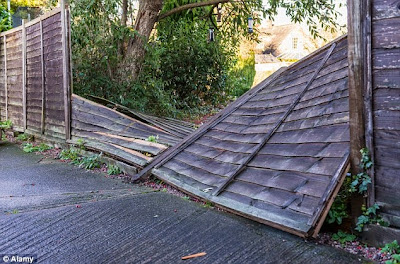 Meanwhile Ian was bowling woods that were not for girls while enacting the war of the roses as our very own pudding took on the Lancashire might of Tom “Man U” Russell. “A two a two my kingdom for a two” Went up the cry from the house of York. Unfortunately that last two never came and the sixth Jackson blamed his 19 loss on the boogie.

Scotty fired himself into a handy lead but lazy second bowl syndrome stopped him breaking the game open and Steve hung in there before Scotty eventually closed the game out to 14.

So after 12 we finished with 7 winners and a loss to 27 or maybe 26 but probably 27. A great effort from the team but 2 single figure cards proved to be a bridge to far. Still a very happy captain with all of his troops and looking forward to the return leg at home leg next week.

Aftermath – Chris Greenhill had already eaten a Coast to Coast double cheese and bacon burger with two sides of fries and liquid cheese before he mounted his offensive on the pheasant tea. With the tea being made up of curry and assorted Indian starters, and Scotty and myself out for a curry on the evening, we didn’t partake but our share didn’t go to waste no indeed! Chris is a man who hates waste even more than he hates fences and launched himself into thirds and fourths if you count the handful of chips he stole from someone’s plate on the way out. You would think this was the height of his greed but NO!!! The insatiable human dustbin had phoned the Olton - this wasn’t to hear how the Alliance side had done but to check what the tea was like and to get someone to save him a plate and a few cakes as he had the munchies. Disgraceful.

Wiggy has driven to the last two away games transporting 6 fellow bowlers to games. After Saturday and a road rage incident where he chased a young women half the way up the Small Heath bypass I know have 11 bowlers who won’t get in the car with him, including Wiggy himself. Killer, who enjoys nothing more after food and beating fences than a good ruck has asked if he can go with wig to home games.

The Alliance win again, but I only know this because i looked at the board - the lazy b******s cant be arsed to take photos!!