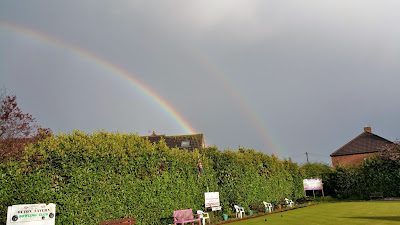 No haiku’s for Wednesday as we travelled the not-as-far-as-I-thought-nor-was-led-to-believe
trip to experience the delights of Woodbourne, which is much nicer and
a lot less scary than Bloodborne - just as tricky a challenge though. 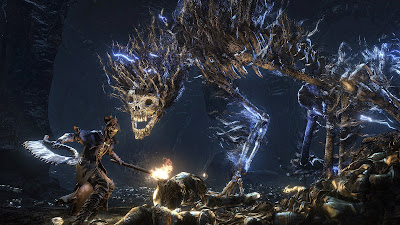 I hadn’t been before so I was looking forward to playing one of the few
greens left that I hadn’t played.

The weather was pretty lousy and the wind was blowing across the field
and through the hedge in an easterly direction, birds huddled together for warmth and the bowlers were all padded up in puffy jackets that
made them look like an advert for Michelin.


As the first four took to the green PG tips, who is struggling for form,
probably didn’t need a game on the monster that is Woodbourne, but true
to his nature Pete never shirks a challenge. Unfortunately it didn’t’
click tonight for Pete tonight as he lost 3.

Neelesh (spelt correctly) was up next. DHNEE hasn’t been bowling that
long and is much more comfortable at home or at work where he is king
to all the DHL employees at the Rover. The change in weights proved
too much and though he battled gamely to impress his other half it was
to no avail and finished nestled alongside Pete with 3.

Scotty was bowling very well until late in the game when the weight of
captaincy told on him and his concentration snapped like a twig that
had been flash frozen by Mr Freeze in that dreadful Batman film (saved only by George Clooney as Batman - Ed).
Scotty finished with a joint game high of 16.

I was enjoying a trip round all the cranky marks I could find, cursing
that the green was subdued somewhat by the weather and also cursing
Albert for beating my best woods. Albert really needs to start putting
away the rabbits when he gets them. 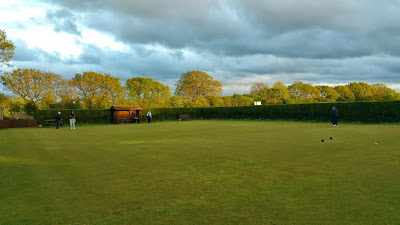 The second four started with Henry Dingley who was having a really
good game with Kate until she pulled away in the second half beating H
to 10.

Rocky was another who appeared to be having a good game but Tony Toal
eventually subdued the fire in the rock leaving him on ten.


At this stage we were invaded by tennis balls! I wish they had come
sooner as I might have played better with them. With one stuck on top of
the well-trimmed hedge Chuckle 1 called "42 blackpool 69". The call was
for me to jump and he would lift, but I thought it meant thump your
opponent. I would have done it too but Albert was the other side of
the green and it’s a long trot round and I was tired after reading a
long email chain at work. I jumped majestically like a salmon as
Scotty barely needed to do anything to support my lithe athletic
figure. The ball was the other side of the hedge though so couldn’t
reach. Ah well back to the bowls. 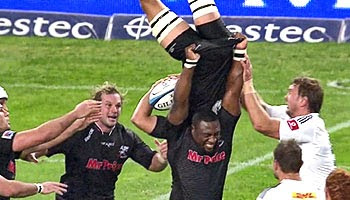 Dave Hosgood was grinding his way back into the game that looked like
it was heading for another single figure card. One bad lead though
cost him as Billy closed the game out to 15.


John Price was playing rock god Keith Richards and we did our best to distract
Keith with tales of Torquay. As it turns out it was his hat (or lack of) that caused
all the trouble though - people kept mentioning it, laughing and
pointing! At times it looked like it may fallen over his
eyes but still the homester used the green well at the end of the
game to beat the impressive JP to 16. 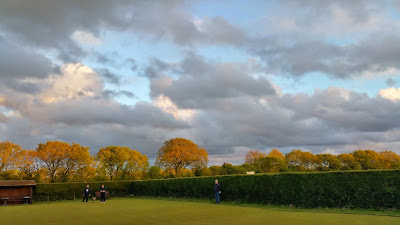 My abacus burst into flames at this point so I will guess we lost by
over 9000 I don’t think it’s a very good guess.


JP was being picked up for tonight’s game and had duly prepared Ian
some sandwiches. Once Ian remembered where we were and how hard the
green is though he put in for a triple overtime shift. The scones were
lovely so thank you Mr Price and cheers Ian you don’t know what you
missed. Well you do - you missed two scones and a kicking.


Thank you very much to the Woodbourne for not only the use of their
fantastic facilities but also for the warm and friendly way they
kicked us to death. Rarely have I enjoyed such a good thrashing and
not paid her for it.

Good luck for the rest of the year and look after that green it’s a
national treasure. Homework for next year is to learn topiary and sculpt a
bowls scene in the hedge. 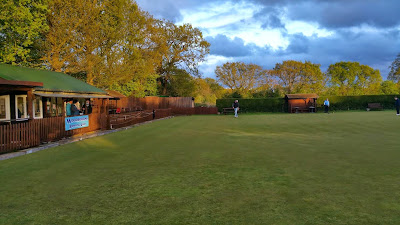